The Great War Trail in Leicester

Year 9 history students at New College Leicester have been out and about in Leicester making the most of the opportunity to find out more about the First World War and its impact on the lives of ordinary people. The Trail has been devised by Historic England and takes the students through a variety of simulations to help them develop an understanding of the war and an empathy with those who experienced it. 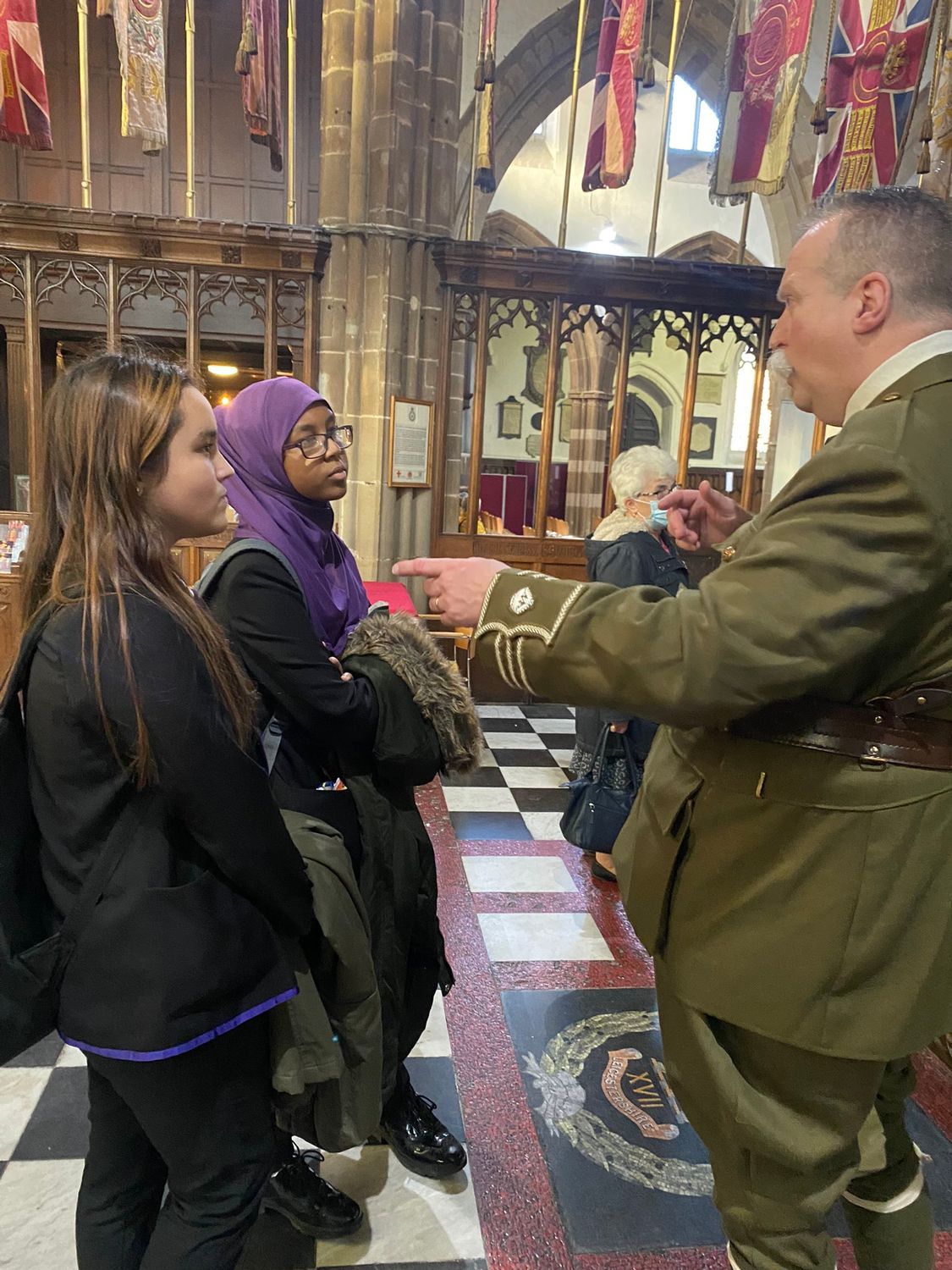 The first stop on the trail was at The Y Theatre, Leicester’s oldest theatre which became a billeting post before the soldiers were shipped out for duty. For our students the venue presented a thought-provoking performance during which the students listened to both pro and anti-war arguments which were prevalent at the time. This was a valuable experience in seeing historical events from different perspectives and provided plenty of material for debate back at school.

At the Town Hall the students were transformed into army recruits when they were enlisted by the Recruiting Corporal who greeted them. What an experience to follow in the footsteps of the real soldiers, as the Town Hall was actually used as a recruiting station in 1914. In addition to hearing about the recruitment process, there were enlistment papers to complete and nerves to conquer as the reality of volunteering or being ‘called up’ hit home. 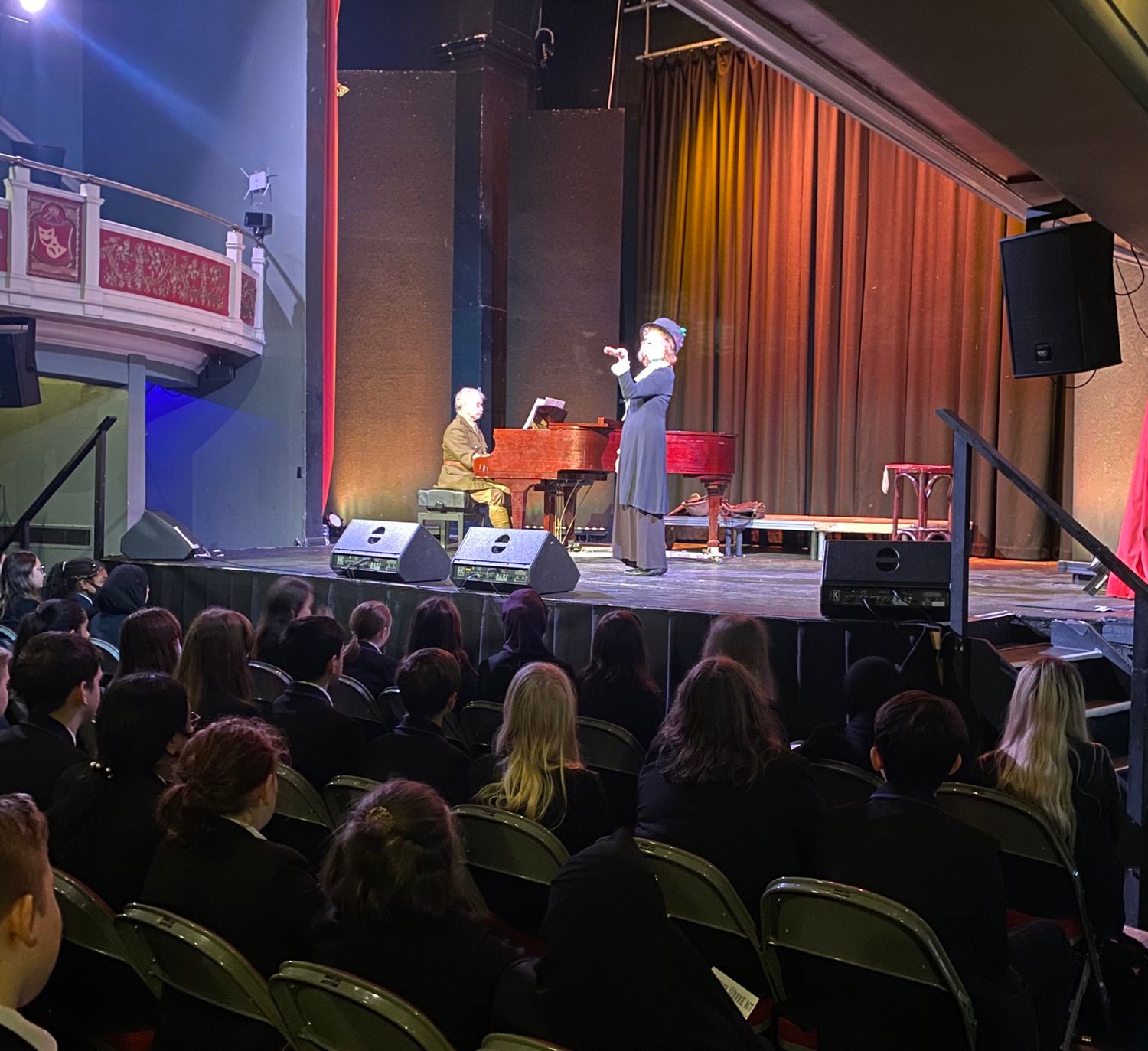 The impact of war on people’s lives was explored with a visit to the New Walk Museum where the students met Magda, a woman whose husband had died serving his country in WW1. This tragic story was sadly not uncommon and showed the devastating human impact of war when a family is left to survive in hard times without its breadwinner. The experience inspired Magda to become a suffragette and a pacifist.

Then in their role as young, inexperienced recruits, the students headed to the site of the former Leicester Barracks at the Magazine to be put through their paces as they learned the essential skill of marching correctly! 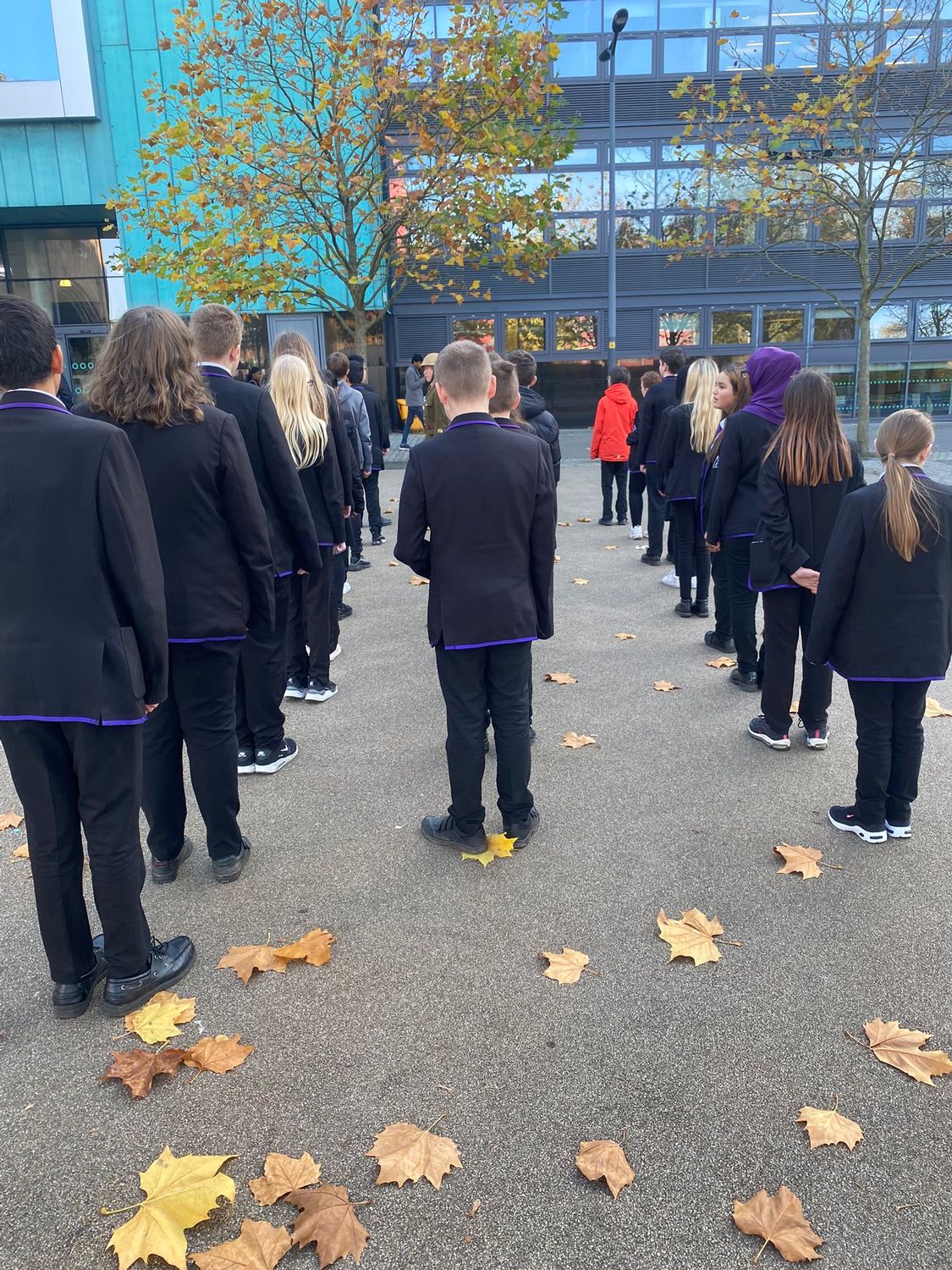 The busy day was rounded off by a visit to Newarke Houses Museum to meet WW1 soldier, Jed Jaggard who shared the inside information on the reality of daily life in the trenches and what it was like to engage in combat.

This immersive experience was a great complement to the Year 9 studies back at school, one that certainly engaged and made a strong impression on the students. Many thanks to Ismail Dale, Local Heritage Manager for coordinating this superb day.