New College’s Challenge After School Club were pleased that their hard work paid off with two of their entries making it through to the final of a new competition for schools which was launched by the Vegan Organic Network (VON).

Following the award ceremony last night, we are thrilled to announce that Erin Victoria’s poem was the winner of the category for students in Key Stage 4. Her response to the environmental crisis was in the form of a thought-provoking poem called ‘To Destroy A Gift.’

Erin’s words have even more power when she reads them herself so please click here to listen to the award winning poem read by the poet herself.

The Save our Wildlife Schools Arts Competition was introduced to bring attention to what VON are describing as ‘the environmental crisis’ and to raise awareness of the part we can all play in helping to solve it.

Whilst were delighted to have two finalists and an overall winner, importantly in taking part we welcomed the opportunity to explore the theme of creating a sustainable future and to discover more about species which are under threat of extinction. Once they had researched the topic, the students were invited to design their personal response to the subject through poetry and drawings.

Our submissions also enabled the students to use their design skills for a purpose bringing real meaning to their work. Alongside Erins powerful poem, our second submission was from Vidhi Aracchande who created a beautiful A3 coloured pencil drawing of an endangered tiger which provided a stark reminder of the beautiful creatures whose very existence is under threat. 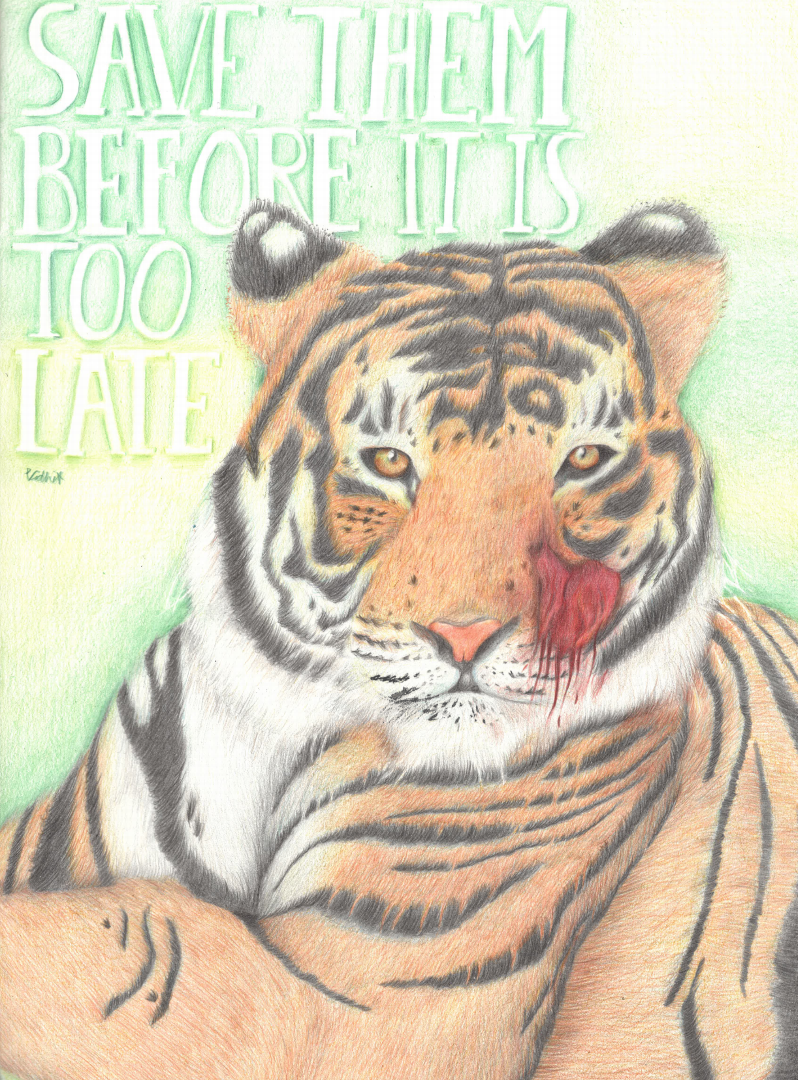 Congratulations to our talented finalists and thank-you to all students for their entries.